Rhino version 7 introduces the biggest number of new features among Rhino updates so far. You can create limited shapes using new SubD tools. Run Rhino and Grasshopper as Revit plugins using Rhino.Inside Revit. Use the QuadRemesh algorithm to create a beautiful quad mesh from NURBS geometry or meshes. In this version, we’ve introduced entirely new ways of modeling and improved many existing features. Below are some of the most important novelties.

QuadRemesh generates clean quad meshes based on another mesh or NURBS geometry. Quad meshes may be:

Rhino.Inside is an open source project available in Rhino 7 which allows Rhino and Grasshopper to run inside other 64-bit Windows applications such as Revit, AutoCAD, Unity, etc. 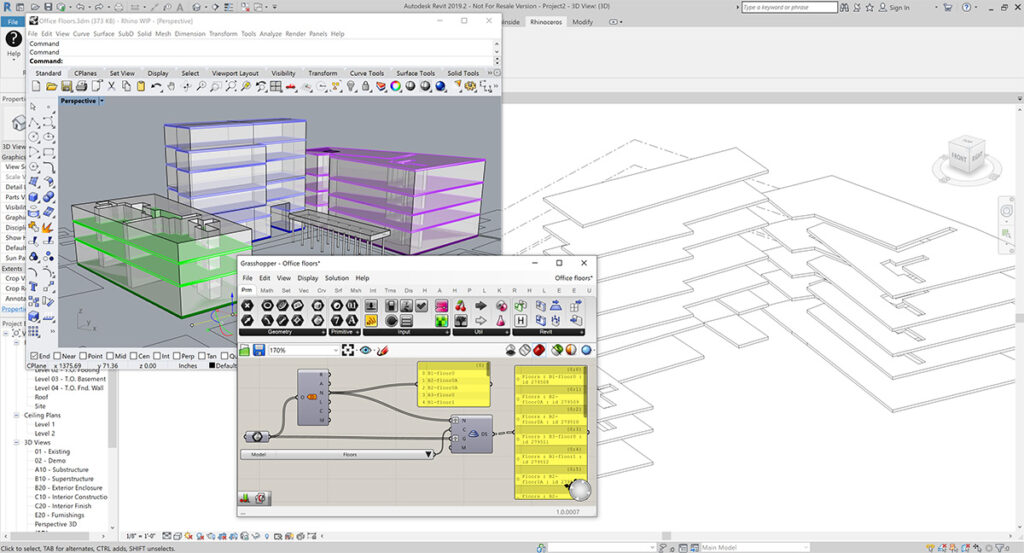 We are constantly improving Rhino’s display engine, balancing efficiency and beauty while at the same time adjusting to modern graphic hardware. In Rhino 7, we’ve added the possibility to regulate transparency and made several refinements to the display modes. Additionally, some models will display significantly faster on both Windows and Mac…

Grasshopper seems to be everywhere lately, even in applications other than Rhino. In Rhino 7, we’ve added some new components, but we’ve also made it easier to turn your programs into plugins and even to run them in the cloud…

The list of new commands in Rhino 7 is available in the program’s Help section, and also here